A Grade II listed timber structure on the River Tyne is to be restored.

The Dunston Staithes in Gateshead played a crucial role in the transport of millions of tons of coal. The Heritage Lottery Fund has awarded almost £420,000 to restore the landmark and open it up to the public for the first time. The wooden staiths was closed in 1980 and abandoned with the demise of the coal industry and have since fallen victim to vandalism and two fires. The 130-year-old staiths was built by the North Eastern Railway at a cost of £210,000 and is thought to be the largest timber structure in Britain.

Martin Hulse, from the Tyne and Wear Building Preservation Trust, said the staiths are “an iconic symbol of the region’s industrial heritage”.

The Dunston Staithes dominate the River Tyne in Gateshead. They used to lead coal trains out over the water to pour their loads into ships moored alongside. As a powerful reminder of our mining heritage they stand proud over the landscape. Dunston Staithes in Gateshead But since they were abandoned with the demise of the… 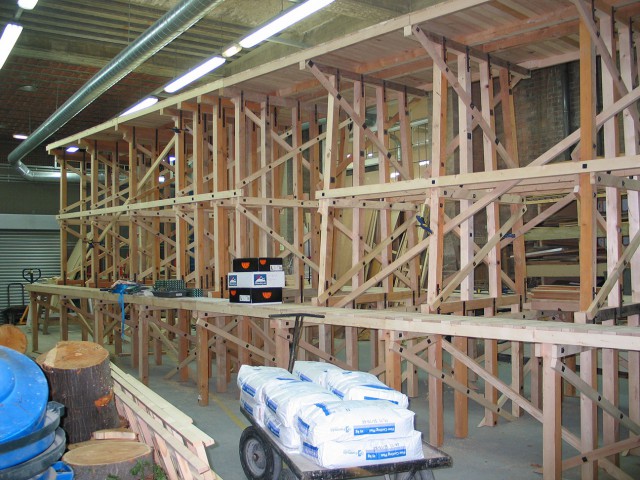 Using reclaimed timber, Wolfgang Weileder has replicated Dunston Staiths’ missing frames. The structure was partially destroyed by fire in 2003, leaving one end isolated from the other. The artwork, Gap, is a scale model of this section. The Great North Museum Hancock will host the work in March in order for it to be photographed again before…

Newcastle and Manchester Universities have secured funding from the AHRC (Arts & Humanities Research Council) for new collaborative research ustilising the iconic structure of Dunston Staiths on the river Tyne as its context. As an interdisciplinary project that connects the debates of fine art and urban design, Jetty Project investigates how a contemporary public artwork…