You may well ask what staiths are given that Dunston Staiths is, perhaps, the only remaining example of structures that were once common along the River Tyne. Developed during the industrial revolution, Staiths were used to load coal onto vessels; integral to their design is the way that freight, ships and loading came together on one site. And so, their function has given rise to other coaling stations and loading terminals across the globe from Qinhuangdao port in China to Norfolk in Canada.

Opening in 1893, Dunston Staiths can be thought of as two distinct structures: a section (staiths) specifically for transporting coal sits atop a foundational jetty. American pitch pine and Baltic timber were used to construct 98 cross-braced frames, which 521 metres long and just over 15 metres wide. The staiths consisted of two decks: an upper deck contained the rail lines for transporting the coal waggons, while the lower deck was specifically designed for moored vessels.

Once there were two structures here. In 1903, trade had developed so much that a second staiths to run alongside the original (‘Old Side’ or ‘River Side’) staiths were opened. The second (‘New Side’ or ‘Basin Side’) staiths was dismantled in the mid-1970s.

The UK coal industry’s demise was swift. Peaking on the eve of the First World War, by the 1930s areas such as Tyneside and in South Wales were depressed. In 1936, the Team Valley Trading Estate was established to the south of Dunston Staiths, one of the first three in the UK, in an attempt to diversify its industrial base.

The coal industry never recovered despite occasional glimmers of hope. The final ship to leave Dunston Staiths with coal was the MV Lindo, en route to British Columbia. The staiths officially closed in 1980 and were listed at Grade II in 1983.One wonders what this demise means for the memory of the coal industry on the River Tyne and the surrounding areas and community identity in the area.

In 1990, Dunston Staiths featured as a key site for the Gateshead Garden Festival; a policy brainchild of the then Secretary of State, Michael Heseltine, to regenerate former industrial cities. The idea for a Garden Festival came from the German practice of reclaiming post-industrial sites for ecological purposes – known as “Bundesgartenschau”.

Three million visitors attended the Gateshead Garden Festival. In addition to various examples of public art and 25, 000 events, a saltmarsh garden was created to the west of the Dunson site. 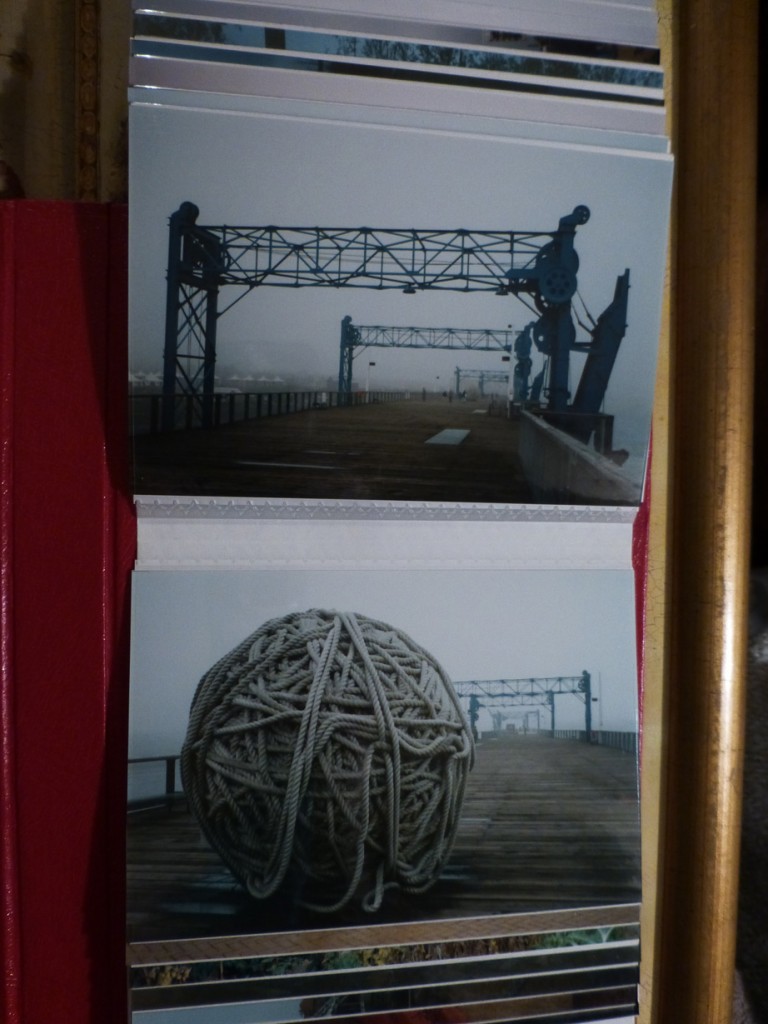 Since then, Dunston Staiths seems to have become a forgotten icon; despite its size, it seems disconnected and without purpose. Sections of it have been entirely lost due to fire damage in 2003 and 2010.

Tyne and Wear Building Preservation Trust (TWBPT) acquired responsibility for Dunston Staiths in the mid-1990s and are partners in the Jetty Project. Alongside the art project, TWBPT have managed to secure Heritage Lottery Funding to begin making repairs to the Staiths as well as to engage communities in its future.

Thank you to David I. Fraser for information on Staiths construction. Jenny Loring kindly provided information and images relating to the birds and the Gateshead Garden Festival.